Maybe it’s too early. Maybe it’s too late. But since everyone else is weighing in with his or her opinion, I am also entitled to interject my own. If you’re a parent who is hypersensitive about your choice to bring your kids to midnight movies, I suggest you read no further.

No one thinks the tragedy in Aurora, Colorado is a good thing. No one thinks that parents who brought their young children to the midnight showing of The Dark Knight Rises could have anticipated the psychopath running into the theater, throwing tear gas, and shooting at the movie patrons. No one thinks anyone should suffer, let alone innocent children. We all agree that a crazy gunman is a much bigger distraction than a child. And very few people (who aren’t in militias anyway), think that civilians, particularly ones with mental illnesses, should be out purchasing automatic assault rifles that shoot 100 rounds per clip.

Apparently, that’s where the agreement ends. Barely 15 hours after the tragedy in Aurora, the parenting war has begun over whether children belong in a movie theater at midnight. And I have willingly been smack dab in the middle of it.

My position is pretty clear from the title, but I’ll elaborate it here: small children have no place at the movie theater at midnight, let alone to a showing of a loud, dark, and scary movie geared towards adults. At best, it makes you an inconsiderate patron; at worst, it makes you a shitty parent.

Before I had children and back when I was actually young and vibrant enough to stay up late, I used to purposely go to midnight showings to avoid children and, more importantly, teenagers (who are subject to a 10 p.m. curfew). So imagine my disappointment when, time and time again, I saw parents coming into the theater with their small children. American Pie, all three of the original X-Men movies, the first two Harry Potter movies… the list goes on and on.

Look, I don’t care if you want to show your kids R-rated movies. That’s your business. I saw Dirty Dancing probably 30 times in elementary school. Who am I to judge? I don’t even care if your kid stays up until 3 a.m. regularly at home. That’s your business and your lack of sleep, not mine. But when you’re bringing your child to a public adult event at an adult time, prepare to be judged. Yes, we are judging you. And you can rant and rave “my child, my choice!” all you want; but you’re the one who decided to put your parenting choices on display by taking your child to a violent, loud (have I mentioned LOUD???), three-hour movie at an hour most adults couldn’t even sit through.

Spare me the arguments about how a three-month old child is getting up in the middle of the night to eat anyway, so mom and dad may as well get a movie in. There’s a huge difference between your baby’s comfort level at home and his or her comfort level in a packed theater with flashing images on the screen (and have I mentioned how LOUD a movie with explosions is???). Besides, I already did the insomnia dance with my two children, I don’t want to “get up in the middle of the night” with your kids, too—particularly when the hubby and I have shelled out $15 each for our tickets ($18 if it’s 3-D) and $60 for our babysitter.

Don’t give me that crap about your child sleeping through it. If you were watching Pride and Prejudice on the big screen, maybe I would grant you that argument. But Dark Knight Rises? Um… No. And don’t try to pretend that you, new parent who isn’t even experienced and thoughtful enough to realize how your bad choice is affecting everyone around you, already know your child’s sleep schedule so well that you can already predict how s/he will react to a deafeningly loud (have I mentioned loud?), high-action movie between the hours of midnight and 3 am. Pop Culture Preschooler is almost four, and we still could not predict exactly how she would react in that situation. Heck, even Babywise (bane of my existence) recognizes the fact that babies below the age of four months do not have easily predicable or dictatable (yes, i made up a word) schedules. I call bullshit.

And, yes, as a mother of two, I fully understand that parents need/want mental health breaks from time to time, and that includes going to late movies. However, there is no fundamental right to see a movie at the very first screening. There is no pressing or essential need–vital to life, liberty, or health (mental or physical) to do so. And your “right” to mental health breaks is subject to limits, including common courtesy and following the rules.

Many movie theaters now ban children after 6 p.m. I have noticed, however, than many people think that their kids are the exception to the 6 p.m. rule. News flash: they aren’t. If your movie theater has such rules, please be a dear and comply with them.

When Pop Culture Preschooler was a baby, Pop Culture Dad and I used to go to a Saturday “Cry Baby Matinee” at the Angelika (now closed in Houston). It was great. We got to see a current movie (her official “first movie” was The Hangover) in a theater with mostly parents and babies (and a few bewildered and confused adults). The lights were dimmed a little less. The volume was turned down but still very much audible (okay, okay, it was loud). Strollers were more than welcome, as was crawling up and down the theater stairs. They even put a changing table on the floor of the theater, with diapers and wipes. I realize not everyone has this luxury [heck, we don’t even have this luxury anymore], but it’s important to think about why all of these concessions were made for the baby days: the lights were up a bit more because parents of babies need to get up and down the aisle more often, and it made breast feeding easier; the volume was turned down because the level movie theaters use is too harsh for most children’s (especially babies’) little ear drums; strollers, which would normally be a burden and a fire hazard for a normal-sized crowd, were less of an issue and more of a blessing for a smaller crowd comprised mostly of parents and babies; crawling was allowed, because at a certain age (usually, immediately after they learn to crawl), babies don’t want to sit on your lap for two hours or more; and the changing table was present, because with babies comes pee and poop, and it is better to have parents change their babies in a designated place, so that (1) they don’t change their babies in the seats and risk getting those soiled, and (2) parents don’t disrupt others by either (a) allowing a baby to continue to reek (or just cry) in a soiled diaper, because mom or dad doesn’t want to miss a scene, or (b) walking across the aisle several times, obstructing everyone’s view. When you think about all these reasons, it is a little clear why babies in a sold-out show not geared for children can be disruptive, is it not?

Look, I have never been a fan of the “child-free” movement, where our kids should never be seen or heard by those who don’t want to be “burdened” with the fruits of our reproductive (or adoptive) decisions. I have always advocated parents exposing their kids to things. For example, I am a fan of parents taking their kids to fine dining establishments. However, not every kid should enjoy that right. If you don’t know your kid well enough to know how s/he would react, you don’t impose on other people by bringing your children into adult situations simply because you don’t have the desire or the money to get a sitter. And there are very few kids who function well and appropriately at 2 a.m.—certainly less kids than are actually in movie theaters at that time.

Your three-month old does not care if you see a movie at the first showing. Your six-year old doesn’t know what time the first public showing is unless you tell her. Therefore, choosing such a late hour is selfish on your part—100% about mom and dad’s desire to see something first, and not at all about your child.

This rant is not (necessarily) about the shooting in Aurora. It goes so far beyond that. Being a parent means that certain parts of your pre-child life are changed forever, both for the good of your children and for society to function harmoniously. If you want to be selfish and live your life with the entitled attitude that you should do everything you want, exactly I you want, regardless of laws, rules or common sense. That’s fine. Just know that the rest of us are (rightfully) judging you. 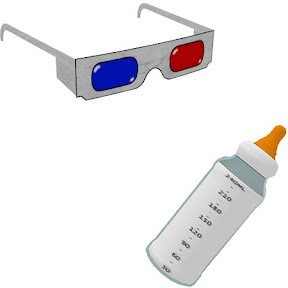 One thought on “Yes, I Judge You for Your Baby in the Movie Theater”