I don’t watch football when I can help it. I can’t stand it, honestly. In fact, I didn’t even know which teams were playing until I Googled it this morning. Pop Culture Dad, however, is a huge football fan, so I cannot escape the Super Bowl no matter how much I try.

The night before the Super Bowl, Pop Culture Dad and I were grocery shopping with the kids, and I decided to pick up some cupcakes. Most of the cupcakes that were for sale were Super Bowl-themed. Not knowing or caring which cupcakes went with which teams, I picked the purple ones. Why? Because my kids and I love purple. I asked Pop Culture Dad if I should have gotten the red cupcakes instead, and his response was, “Meh. It doesn’t matter. I guess I’ll root for Baltimore, since I really don’t care who wins this one.” I actually had to ask him (as if it wasn’t obvious from what he said) whether Baltimore was purple.

In trying to determine which team I would faux-root for, I started trying to come up with non-football related criteria. I’ve seen a couple of pictures where one Harbaugh brother (the younger one) was hotter than the other. So maybe… But those pictures were clearly doctored, because there isn’t that much of an appreciable difference between the two. Tie.

Then I thought that stupid player for the 49ers who made the homophobic statement had made it easier for me, especially in light of the counter-point made by a very articulate player for the Ravens. But then San Francisco generally is pretty gay-friendly, and the 49ers were actually the first team to make an It Gets Better video. So, once again, no clear advantage.

I’ve been to San Francisco but never to anywhere in Maryland. Loved everything about San Fran except the fickle weather. And it’s close to Napa. Advantage Dan Francisco.

I hate gold, so both teams lose there. But while I’m neutral about red, I really hate it combined with gold, unless, you know, it’s Christmas time… Or a Quidditch game. My favorite color is black and second favorite is purple. Advantage Baltimore.

Bottom line: as long as the Texans aren’t playing, I don’t really care who wins. Somehow, though, I found myself kind of hoping the Ravens would win. Probably because I know if I attended Hogwarts, I would have been in Ravenclaw rather than Gryffindor.

So what about the game itself? Well, I used to watch for commercials. But ad people have run out of creativity [as evidenced by that GoDaddy crap, which was so awful, I won’t dignify it with a link], so instead I just stay plugged into social media and try to accentuate the positive.

Here are some of my reactions throughout the game:

Before the game:
– “Why is everyone talking about Ray Lewis like he’s the second coming? Didn’t he kill somebody?”
– “The dude with the tattoos… Kaepernick. He’s adopted, right?”
– “I know we just left a birthday party, but… How long before the game do I have to wait before it is appropriate to break open the cupcakes?”

Pre-Game Entertainment
– “Sandy Hook… Crap. This better not make me cry.”
– “Jennifer Hudson, too??? There’s another person who’ll tell ya all that’s wrong with our gun-crazed culture.”
– “Shit. I’m crying.”
– “Alicia Keys? Pass! I’m not really into people who like to steal pregnant women’s husbands. I don’t care if he married him later. Guess she’ll get hers later. How you getcha man is how you keep yo’ man.”
– “Wow. Alicia Keys. That kinda sucked. Like. Really. Bor-ring. Can we get JHud and the Sandy Hook kids to come back?”
– made the interesting observation on Twitter, Facebook, and inside my home that the assessment of Alicia Keys’ performance was very strictly divided among racial lines. White folks loved it. People of color (all colors), not so much.

During the Game
– “How long until Queen B?”
– “Wow. Commercials suck. Seriously. When is halftime?”
– During halftime, I had an interesting conversation with Pop Culture Preschooler [hereinafter, Little Diva] about Beyoncé. She decided this week that she can out-sing Queen B any day of the week. After watching two minutes of the performance, LD decided her singing superiority was confirmed.
– Best observation on Facebook (credit to one of my favorite writers, Kyra Davis): Bey should have sang the National Anthem live and lip-synced the Super Bowl. We would rather see you dancing than hear that screeching. Whatever point Beyoncé was trying to make by singing live tonight… Um… She probably made the opposite.
– Where Bey DID kill however? That dancing. That body. DAYUMN she looked good… Until…
– Beyoncé should never stand next to Kelly Williams… Like, ever. Kelly is HAWT.
– “Single Ladies”… Bey put her hand down when she said “you shoulda out a ring on it,” because Jay-Z did. But is it just me or did that it kinda made Kelly and Michelle look a little sad? Did she really need to go there?
– “Godammit! Beyoncé bootylicioused the lights out!”
– The electricity failure presented a perfect time to give the kids a bath. Couldn’t have planned it better if I had forgotten to pay the Superdome’s utility bills myself.
– best comment on Facebook about the power failure (by Pop Culture Dad’s friend, BMW enthusiast): Just another example of classic Mercedes electrical failure.
– while the Gagnam Style pistachio commercial was as stupid as all pistachio commercials tend to be, I had fun doing the dance with my girls. Side note: I need to do Just Dance 4 tomorrow….
– While rocking Pop Culture Toddler [hereinafter, Super Girl] to sleep, I found myself Googling “2013 Super Bowl score.” Then I remembered I didn’t care.

Thanks to our girls’ sleep schedules, Pop Culture Dad had to watch the game on DVR delay. How did I spend my time while he caught up the last 30 minutes of the game? By writing this, of course.

For those of you who hate football as much as I do, if you’re stuck with a football lover in your life, how do you cope with the endless day of football and football commentary that is the Super Bowl? 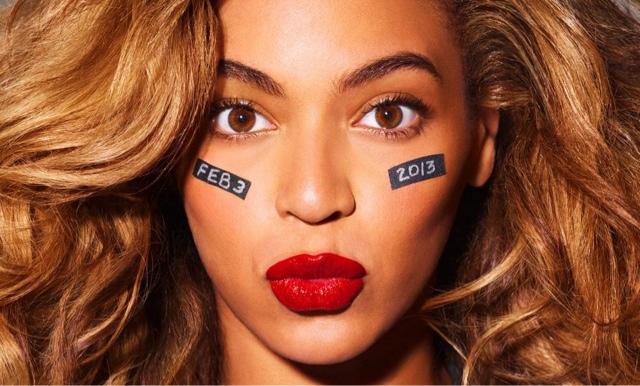