You may have heard about the now-viral speech Ashton Kutcher gave at the Teen Choice Awards last week. You probably ignored it, as I did originally, because who in the world can take someone from Two and a Half Men, who wears a flannel over-shirt to accept his “Ultimate Choice Award” seriously? But you shouldn’t ignore it. And if you have a teenager in your life, you should pass on some variant of this advice. 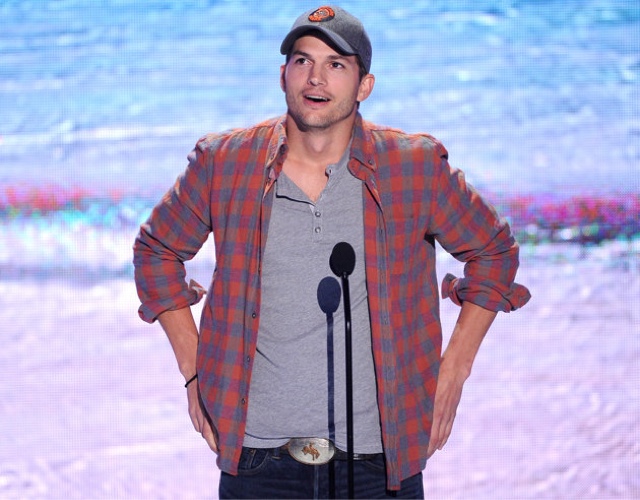 Ashton Kutcher at Teen Choice Awards (Getty Images)
Ashton started his acceptance speech for the “old person award” by admitting, “I feel like a fraud.” He then revealed to the (apparently non-Googling, Wikipedia-stupid) audience that his real name is Chris. Ashton is his middle name, but he changed his name at 19 when he started acting. Ashton/Chris then launched into his list of “Amazing Things I Learned When I Was Chris.” The list was comprised of three categories:
1. opportunity
2. being sexy
3. living life
On Opportunity: “I believe that opportunity looks a lot like hard work…. I never had a job in my life that I was better than. I was always thankful just to have a job.”
On Being Sexy: “The sexiest thing in the entire world is being really smart… and being thoughtful… and being generous. Everything else is crap–I promise you.”
On Living Life: Taking a page from lessons he re-learned while making “Jobs”: “[L]ife can be a lot broader than that [learning to live in the world exactly as it is] when you realize one simple thing, and that is that everything around us that we call ‘life’ was made up by people that are no smarter than you, and you can build your own thing. You can build your own life that other people can live in. So build a life. Don’t live one, build one… find your opportunities, and always be sexy.”