I had some other things planned for today’s post… some lighter, fluffier, hopefully little-bit-funny things… then I found out about Judge G. Todd Baugh in Montana, and all those plans went out the window.
On Monday, Judge Baugh sentenced a pedophile… a then-49-year old teacher who two years ago raped his 14-year old student… who from the pressures brought on her by both the “relationship” and the trial killed herself in January of this year… to a month. I guess, to be more accurate, I should say that he sentenced this stain on humanity to 15 years, but then decided to give him time served for the one day the d-bag actually spent in jail and reduced the entirety of the sentence to 31 days. I’m not making this up.
What could have possibly made the judge believe that 31 days is a sufficient punishment for a teacher betraying the trust of a young girl in his care, grooming her to be a sexual partner, violating her, and then dragging this thing out until she could no longer take the emotional pressure [the sentencing was prolonged while this jerkwad underwent a three-year treatment program… which it turns out he wasn’t really attending, and during that time he was supposed to be in treatment, he continued to—in violation of the terms of the program—have contact with minors and entered into a sexual relationship, resulting in him eventually getting kicked out of the program]? Well, because the child was much “older than her chronological age” and was “as much in control of the situation” as her 49-year old rapist-teacher with respect to the relationship. ‘Scuse me??? She was a child. And this child was in this man’s care. He was supposed to be someone she could trust. And he violated her. She was not in control. She was 14. I don’t care how sexually experienced she was or was not or how much makeup she wore, he was still the adult here, he was still in a position of power, and he knew he shouldn’t be touching a 14-year old girl. Period.
The “judge” was also persuaded by the rapist’s pleas for leniency, because he was going to be “branded as a sex offender” for the rest of his life and has had his life ruined by the “scarlet letter of the Internet.” No, buddy, your life was ruined because you raped a child. You had a choice to make here which would have prevented you from being “branded as a sex offender” and having your life ruined—that choice was to not rape a child. But you did, and under normal circumstances, with a normal judge, you should have been required to pay the consequences.
All of this slut-shaming of the victim while feeling sorry for the perpetrator eerily reminded me of CNN’s coverage of the Steubenville rapists, wherein Candy Crowley, Poppy Harlow, and others harped on and on about how the guilty verdict and maximum fine would affect the poor rapists and showed not one minute of concern for the girl the “two young men” had raped. Poppy was practically on the verge of tears talking about how it was “incredibly difficult” to watch “as these two young men—who had such promising futures, star football players and very good students—literally watched as they believed their life [sic] fell apart.” Seriously. She said that. And it went on and on. Contributor Paul Callan weighed in on what such a verdict meant for these 16-year olds who were crying in court and how they would be punished for the rest of their lives: “There’s always that moment of just… Lives are destroyed. But in terms of what happens now, the most severe thing with these young men is being labeled as registered sex offenders. That label is now placed on them by Ohio law. That will haunt them for the rest of their lives.”
Yes. That happened. That was said. Are you outraged? If you aren’t, you should be.
These boys (like this teacher) will be “haunted” by the “label” of sex offender for their entire lives, because they made a conscious decision to become sex offenders. Sure, when each of these three men decided to pursue the act of raping a teenage girl, it never occurred to them that a consequence might some day be that they would be registered sex offenders… but it should have. Honestly, I would hope that the act of having sexual intercourse with someone too drunk, too unconscious, or too young to legally, knowingly, or rationally give consent should be enough of a deterrent to this kind of behavior; but for those fools who are somehow not motivated by morality and a conscience like the rest of us, I would hope that the legal system doing its job would be enough of a deterrent. For those who persist, then I’m happy we have the legal system there as a backup. At least it worked in the case of the Steubenville Rapists [I hope]. But this teacher? Where’s his motivation to stop?
“Judge” Baugh said he believed the Teacher-Rapist wasn’t a likely repeat offender. He had no basis for this really. I mean, the man couldn’t even successfully comply with a three-year treatment program after being caught raping one of his students! So now we’re just supposed to trust that he—after being given the lightest of slaps on the wrist—is supposed to prevent himself from diddling with young girls in the future? Not likely. And, I’m sure if someone was motivated to poke around a bit more, they would find that he’s poked around with a lot more students than this one.
If you’re curious of Judge Baugh has had anything to say since the backlash for his sentencing started, you’re in luck. Turns out he totally had something to say on Tuesday:

I think that people have in mind that this was some violent, forcible, horrible rape … It was horrible enough as it is just given her age, but it wasn’t this forcible beat-up rape.

Oh…. I get it! Not one of those “legitimate rapes”? Well, I guess we can’t be upset then, can we? Cuz, ya know, it’s not like those rapes where you don’t get beaten up at knifepoint actually count, right? Enjoy your re-election efforts this year, Braugh. Should be an interesting political season in Billings.
As for the rest of society, those possibly capable of learning, when are we going to learn to stop feeling sorry for the perpetrators and stop blaming the victims? When someone gets carjacked, you never hear, “Well, what did you expect driving around in a nice car like that on the open road where anyone could see you? You’re just asking to get it taken from you at gunpoint.” When a company is hit by embezzlement, no one argues, “C’mon now! It just had all that money sitting in its bank accounts! What did the company expect an employee would do??” But there are certain types of situations—those usually involving the already powerless (like rape, sexual orientation-based hate crimes, or racial/gender discrimination) where it’s perfectly normal to hear the victim getting blamed rather than holding the perpetrators accountable for their actions, even by people who are themselves similarly situated as the victims. We have seen it in Poppy Harlow and Candy Crowley sympathizing with the rapists over the rape victim. We saw it when Don Lemon blamed blacks for racial discrimination perpetrated against them. We hear it when a transgendered person or a gay person who is thought of by (those with issues) as “too flamboyant” is killed or beaten.
Perhaps its because we’ve let the powerful dictate the treatment of the powerless for so long that the powerless have started to believe the propaganda? I’m not sure. But I do know it’s time we put an end to this. Victimization is rarely (if ever) the victim’s fault. 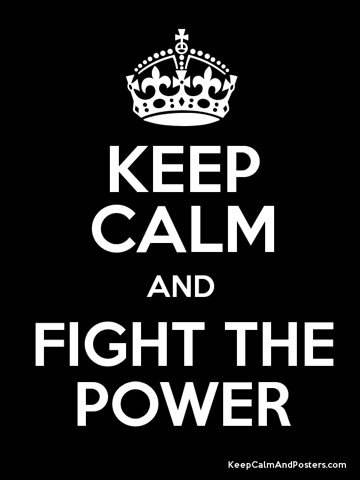