Once upon a time, Pop Culture Dad and I had a formal study. It was a beautiful and rich red, drybrush-painted by yours truly. It was such a fantastic room that it housed many of our family pictures. Actually, that’s pretty much all it did unless we were throwing a party. 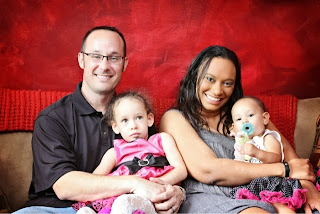 Then one day… I got tired—not of the room, mind you—of picking my kids’ toys up from the living room floor and dragging them upstairs to the playroom. Suddenly, I had an idea: Wouldn’t it be awesome if we had a playroom downstairs?? Granted, this wasn’t an earth-shattering idea, but, still, it took me four and a half years to figure that out.
So one day when I was home alone, I moved most of the study furniture upstairs to the play area and moved all the toys downstairs to the former study. But something still wasn’t right… So I decided to give my kids a magnetic chalkboard.
But me being me [an ADD mind at rest can be a very dangerous thing], the chalkboard wasn’t enough… So I decided to paint a meadow on the back wall and a beach on the front. 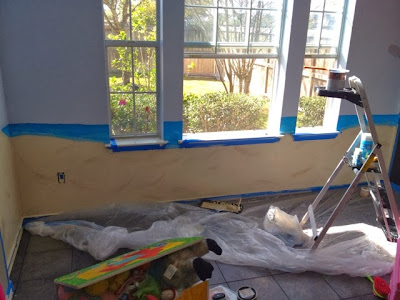 And that still wasn’t enough, so I decided to… well… see for yourself: 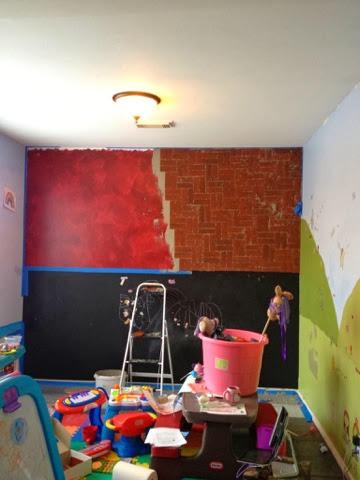 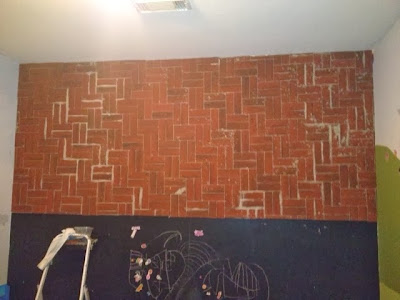 Yes, that’s brick (well, Flexi-Brick). And, yes, I did that ♬♪♩ all by myseeeeelf ♩♪♬ (as is kind of apparent from the workmanship, ha ha)
And somehow, the murals, the magnetic chalkboard, and the awesome brick were just not enough for me. So Pop Culture Dad and I enlisted the help of a couple of my uncles, who do a lot of construction work. We had them add a wall and French doors to the previously open room, along with some molding. Once we had a brand-spanking new wall, I connected the meadow and the beach. We’ve added some furniture (comfortable seating for adults, a thick rug from Home Goods, the train table Super Girl got for her second birthday, and toys, toys, and more toys).

Now that we have less (okay, NO) adult parties and more (alright, ALL) kiddie-friendly ones, this downstairs room really comes in handy! 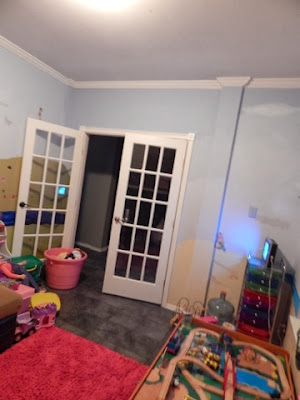 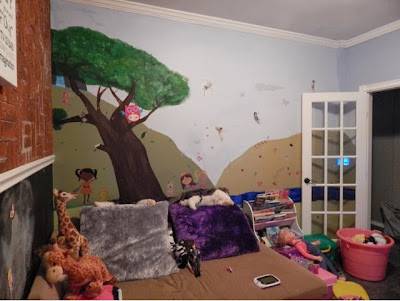 This transformation took me quite a bit of time. I started in late March and have been slowly making changes whenever I could find the time. I did all of the painting and bricking myself. Most of the decals and stickers (the Disney Fairies, the flowers, the little girls, and the owl) were done by the Pop Culture Girls [and by “done,” I of course mean they fought over them, ripped them, put them in hopelessly illogical places, and then eventually asked me for help putting them somewhere normal].

You’ll also notice that I am readily sharing pictures of a non-tidy playroom. It is a playroom. Yes, the Pop Culture Girls are required to put their toys away (to the best of their two- and five-year old abilities). Yes, the adults come in later and really clean the room (not every day, geez!). But this is the room in its natural and intended state. The whole purpose of this room was to keep these toys out of my living room. While that goal has not been met 100% (and I have the Lego-related foot injuries to prove it), the situation has improved 1000%. Not to mention, this room has become a pretty amazing conversation piece whenever someone enters our house for the first time (or the first time in forever).
Huzzah!!