No matter how old I get, I will never understand why the same people who applaud you when pregnant for your decision to nurse (“That’s great! It is what is best for the baby after all!”) always seem surprised, perplexed, and sometimes a little disturbed when you are nursing past the six-month mark. I am, of course, referring to relatives, childless friends, and other mommy friends who either never nursed or never did it very long (“very long” being a few months). This clearly does not apply to online mommy friends, because, as anyone who has spent any time on mommy message boards knows, the vibe there is generally pro-boobs. The real world needs to get on par with the cyber world.

I am tired of sounding like a broken record:
–”Actually, the World Health Organization and the American Academy of Pediatrics both recommend breastfeeding for a bare minimum of six months and even for two years or more.”
–”Well, I nursed my oldest daughter until she was 22 months old, so, you see, no, I don’t think nine months is too long.”
– “Yes, she has teeth. She has had teeth since she was four months old. A baby having teeth is a stupid weaning standard.”
–”What do you mean, you should stop nursing when a baby can ask for it? She learned to pull at my shirt when she was a couple of weeks old. Isn’t that technically asking? My oldest could sign for milk at four months. If I had a child who was deaf/mute, then you would be okay if I nursed him/her until she was 30, since s/he could never talk and ask for milk? Oh. No? So just a double standard then for what you consider ‘asking’?”

Can we talk about the teeth thing for a minute?

Why am I constantly running into moms who practically brag to me about how they stopped nursing as soon as their baby cut a tooth? Do they think I’m sitting there nodding in understanding as I nurse my little piranha-in-training? Every single time someone tells me this, it is a woman whose baby has barely a tooth poking through. Pop Culture Baby has seven (vey sharp and strong) teeth, and we are still nursing. Clearly, I am the wrong audience for empathy. Yes, getting bit sucks. But the presence of teeth is not the standard for weaning. You will not find a single medical journal that says this. Many babies have teeth as early as four months. A few babies are even born with teeth. You can always teach a breastfeeding child not to bite, and once they get used to those new teeth, they generally don’t bite anyway [except those circumstances where your baby thinks s/he is being funny and bites you on purpose… But I digress]. Even ignoring all that, if someone wants to justify to herself that weaning was appropriate because her child has teeth, then that’s her business; but for the love of Pete, women!! Please stop bragging to me about it! I don’t feel the bonds of sisterhood or empathy/sympathy over these revelations. I just feel sad. Please save these conversations for a different audience—perhaps that lady over there in a corner nodding and mouthing “Me too.”

Also, when did formula become the norm? No, really. I get that using formula in the 1970s was that decade’s equivalent of the ’60s bra burning. Women had the freedom to work and weren’t “chained” to their babies all day. But formula has never been and never will be breast milk. And times have a’changed. Breast pumps are readily accessible and affordable these days, and that is a huge part of why breastfeeding has made a resurgence of sorts. But most importantly, the science just keeps coming out in favor of breastfeeding. Formula, no matter what they add to it, will never compete. Ever. I totally get circumstances in which the health risks to mother outweigh the benefits of breastmilk to babies [lactivist though I am, I would much rather a bipolar or schizophrenic mom be on her meds; same for mothers with certain bone, heart or neurological diseases]. I also understand that some women don’t produce enough milk or any at all [though it appears that number is certainly much smaller than the number of women who claim they can’t—some of whom give up at the colostrum stage or without trying things to boost their milk like eating oatmeal, taking supplements, drinking a lot of water, pumping more often, etc.]. And while the AAP argues:

Breastfeeding and human milk are the normative standards for infant feeding and nutrition. Given the documented short- and long-term medical and neurodevelopmental advantages of breastfeeding, infant nutrition should be considered a public health issue and not only a lifestyle choice.

(emphasis added), I will grant you that for many people, the decision to use formula is a lifestyle choice. Whatever.

The bottom line is, I am doing what is healthy and recommended. Breastfeeding my now-10 month old child is not an unusual thing, nor should it be. This is the default. The medical community backs me up. If I am able to breastfeeding into the next year, you are darn tooting’ that I will. By asking me, “OMG, are you still nursing??” with that inflection in your voice and look of disapproval, you are not shaming me. You are only making yourself look and sound foolish. 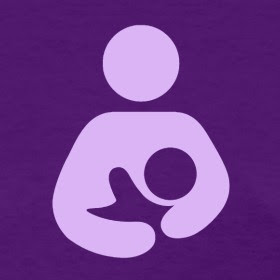 One thought on “Why, Yes, I AM Still Nursing. [blank] You For "Asking"”