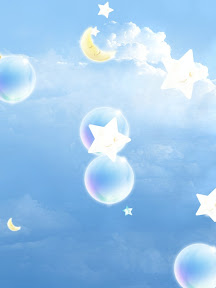 “This is so pointless… so mindless… so PERFECT!”

^^ That is what Pop Culture Dad said the first time he saw Pop Culture Toddler2 playing with Baby’s Touch. His sentiment accurately reflects my feelings about it. So if the game is “perfect,” why only four stars? Well, just because it is so pointless and mindless, that I have to reserve the one star for the main thing I usually look for in kids’ apps—education.

Don’t get me wrong, though. I love this app. PCT2 loves this app. Heck, even my four year old has entertained herself playing with it. Okay, okay, I’ll confess. Even I have played it when the kids aren’t around. It’s just cute and fun.

For those who don’t know me, I’m an app whore (pardon my French). I have a gazillion apps on my iPhone and iPad, and if any developer asks me if I want to play around with their app, my answer is always yes [well, almost. Don’t send me any porn or religion apps, okay?]. A lot of these don’t work out. Some of these come with a warning, “Do you really want me to review this? Because… uh… it’s not gonna be good.” (Notice there aren’t a huge amount of reviews for apps I’ve been given? Yeah… There’s a reason, unfortunately). So my expectations always start out low, especially when a developer warns me that it is just a simple game with no complexities at all. My, how he sold himself short!

The day after I downloaded the Baby Touch app, PCT2 became the first member of my family to fall victim to the nasty stomach virus going around the girls’ daycare/preschool. She got sick on my way to bring them in, and, in a classic example of Murphy’s Law, on a day where I had too many things going on at work to stay home. So I had to come up with ways to distract her in my office[1] until Pop Culture Dad could leave his office to pick her up while I furiously did research on Westlaw.

While PCT2 was busying herself tearing up my office, I thought “Hm…. Maybe this would be the perfect time to try out that new app?” It was. Witness:

As you can see, there is practically nothing to this game. She touches the screen, bubbles, rainbows, clouds or stars pop out with sounds and dings, she touches them, they disappear, and the process starts all over again. So simple. So mindless. And for a toddler? So. Freaking. PERFECT.

At least twice a day, PCT2 points to my iPad and says,”Bubble?”. It is one of only two games she prefers to keep on rotation.

As I stated earlier, if there was any educational value to this game, I would consider it absolutely perfect from a mom’s perspective. In any event, if you want something that is just awesome and entertaining for your baby or toddler, this is it.
____
[1] Door closed, because I’m not a jerk.