Watching Matthew McConaughey’s possibly drunken and definitely weird, messed up, and slightly-disrespectful-to-two-of-his-fellow-nominees acceptance speech evoked a lot of reaction in my household. But I have to say, Pop Culture Dad’s was the best.

In response to this:

He quoted (in part) this: 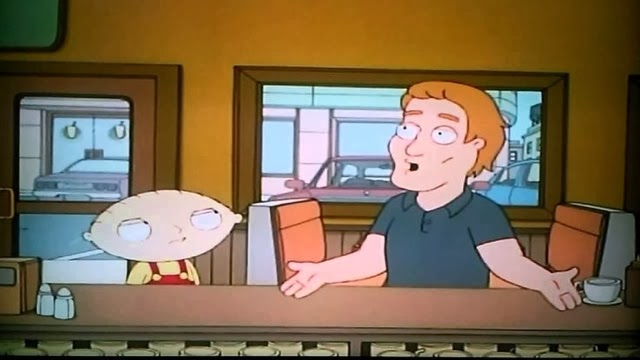 Stewie: You know Matthew, I may never get another chance to say this so I just want to get this off my chest.
You are just awful, you’re one of the worst actors in the history of film and I think you need to just go away
Matthew Mcconaughey: Oh thanks man, the truth is I spend at least 90% of my year going away, exploring exotic places, having sex with my beautiful girlfriend, just doing sit-ups, I mean that really… and then counting money.
The money that I made off my terrible films I put out into the American populous because they just love to see me doing what it is that I do.
Stewie: Yes but you’re not hearing me… ‘Dazed and Confused’ was the one thing that was passable after that…
Matthew Mcconaughey: Oh thanks man that actually launched my career
Stewie: After that, everything else was awful, ‘Contact’ They didn’t even need you in that movie, they could have done the whole movie without you
Matthew Mcconaughey: I know, I know I said the same thing, but they were just like – Oh we need a good looking guy with a great ass and some tight abs to provide some down home enthusiasm to this picture. Something to counter balance Jodie Foster, they took her to be slightly cold, uh unapproachable so they put me in there.
I said it didn’t make any sense. Said the same thing about that Bill Murray elephant movie but they said well the audience needs you.
Stewie: You make me physically sick to my stomach and I wish you that would get a heart attack.
Matthew Mcconaughey: I totally feel you man, the truth of the matter is I don’t like my movies either but man they keep offering me money and I do it and I get to around the world, I mean did you see ‘Sahara’. I’ll tell you what that movie gave me, was the opportunity to take an Airstream all across the country and sell that picture one person at a time.
Stewie: You suck donkey ass
Matthew Mcconaughey: Hey you can’t prove that

And wished this had happened at the end: